New records are a great way to start the new year! It wasn’t my fastest trip to date, but it was definitely my furthest. And on the MTB too – not because if the roads, but because the Peugeot has another broken spoke. I went to say hi to Annelies who was doing her stable chores, and then continued on what I’ve come to know as ‘the doomed track’: road alongside Albertkanaal, that then follows the Nete down past Lier, and eventually passes Duffel. It really is an amazing road to cycle on that exists of almost entirely of great bike paths alongside the river, which offers an absolutely gorgeous view if the weather’s good.

But the road has two problems. First, it has a couple of tricky turns and crossings, so if you’re focussing on your workout and get used to following the river, there’s a chance you’ll miss some of these turns, get lost and have to retrace your steps. Which happened to me a couple of times when I first tried the track out. And again this time, because it was the first time I followed the track all the way through in the other direction.

Still, the directions themselves aren’t the road’s biggest problem. The most difficult thing about the track is a pesky bridge over the Albertkanaal you have to cross, close to the place where the channel meets the river Nete. It’s a nice looking bridge, and it doesn’t look too bad when you’re standing in front of it, but when you cross it, you notice it’s actually quite steep, and you have to use a lot of power. Which has led me to break at least one spoke every time I’ve crossed the bridge with my road bike. I know — it’s because the wheels on my bike date back from the 1980s, and I should get some new ones. But I find it difficult to get rid of them because they are so pretty, and my old tires probably won’t fit on the new wheels.

Anyway — every time I ride this track with my road bike, it does quite a number on my bike. The last time, I broke two spokes after crossing the bridge. This slowed me down, and it was getting late, and I didn’t have any lights on me, because I thought it wasn’t going to get dark before I reached home. But with the broken spokes, it was getting closer and closer to sunset, so I decided to cut the trip short, and ride straight home when I reached Lier (instead of following the river all the way down to Duffel). But then, apparently, the road I was going to follow home from Lier was under construction. I tried to follow it for a little while anyway — hoping that the problem would be fixed in a couple of miles, but failed, and had to turn back. By this time, it had become completely dark, which meant that I it would be impossible to turn back and follow the river down to Duffel, because there are no lights there, so you can’t even see the road. And to make things worse: my phone’s battery had died as well, so I couldn’t find an alternative route, or even call Annelies to tell her I was going to be late. So I figured I’d head back to the city center, ask around, and find an alternative route home from there. But then fate delivered its final blow, and I ran a flat. And of course, I had been stupid enough *not* to pack a spare tire, or even a pump. That will teach me. So I was definitely stranded there. I ended up ringing a random doorbel, asking people to borrow their phone, so I could call my brother to pick me up — who has a big enough car to fit my bike in as well. Perfect end of a bike trip!

Still, the Doomed Track is too beautiful of a road to give up on just because of a couple of mishaps. So I decided to try again, now that I was kind of forced to use my MTB anyway. And it worked! Except for a couple of small detours because of some wrong turns nothing bad happened, and I was able to follow the track all the way home. And set a new distance record while I was at it! Not sure I’ll live to see much of 2016 though, my legs are killing me! 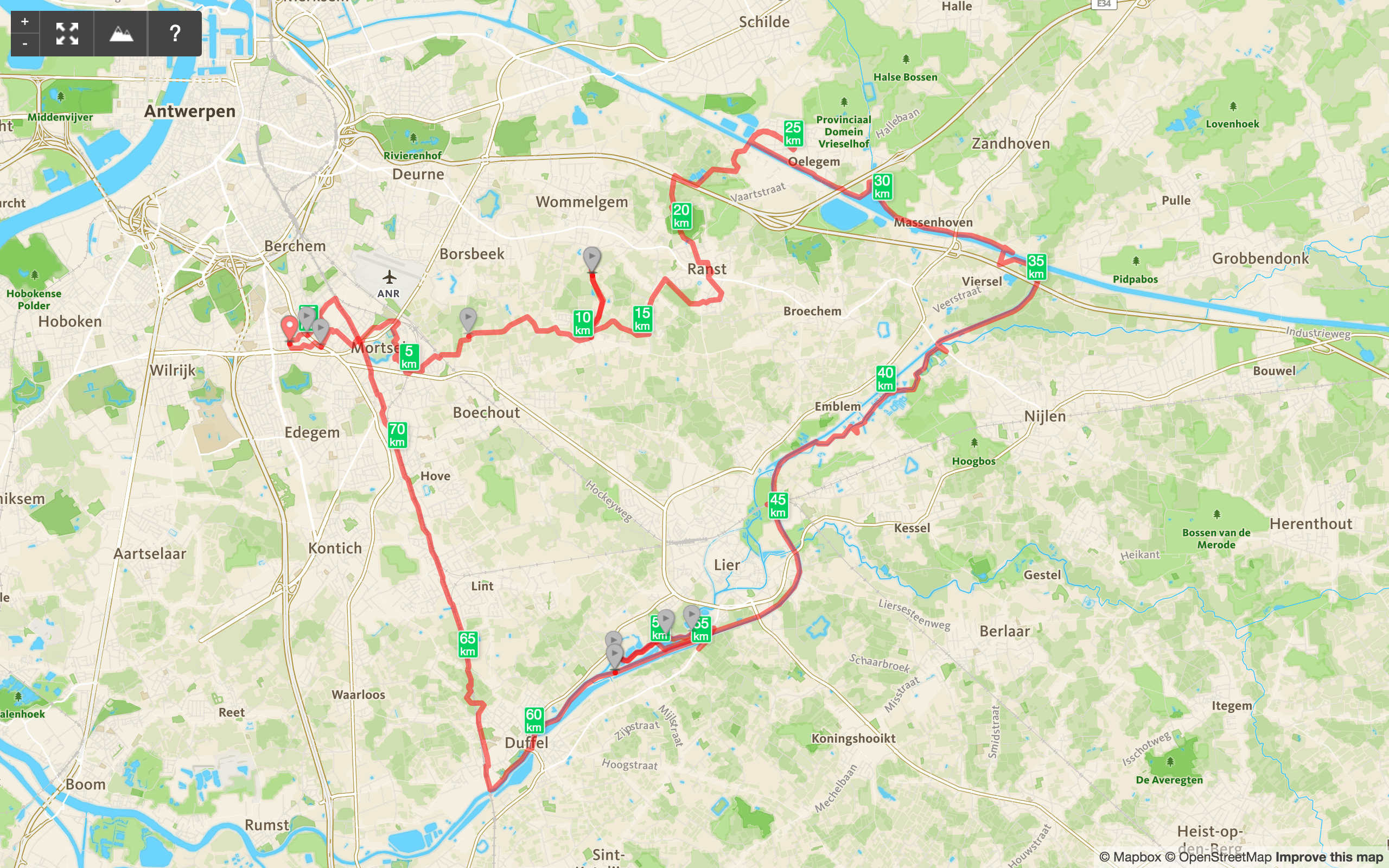