This page lists a number of Digital Humanities projects I’m involved in. You can click on their images to visit to their websites. Last updated on 9 February 2020. 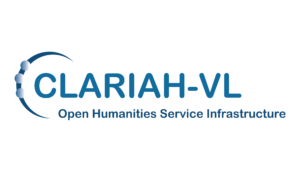 From April 2017 onwards, I have been employed as the UAntwerp coordinator of a digital infrastructure project in the Humanities that connects the Flemish universities of Antwerp, Ghent, Leuven, and Brussels. Since 2014, this project constitutes the Flemish contribution to the European Research Infrastructure Consortium (ERIC) DARIAH, a Digital Research Infrastructure for the Arts and Humanities. In the last few years, DARIAH-VL has sought to join forces with our Flemish colleagues who are part of the CLARIN ERIC for Computational Linguistics, and changed its name to CLARIAH-VL in 2019 to reflect this intersection. Specifically, the work packages in the CLARIAH-VL project that I am responsible for (alongside more general coordinating tasks) are WP2 Community Engagement, User Involvement and Training, and WP4 Automated Analysis and Automation. 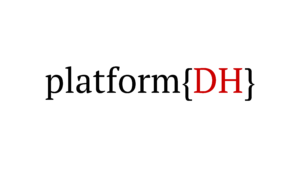 In 2010, the UAntwerp’s Literature department initiated a “Platform for Digital Humanities” that aimed to aggregate DH initiatives that were being developed across the Faculty of Arts – bringing DH researchers across departments closer together. The platform{DH} also organised workshops and other training events, and (since 2014) a lecture series. In 2017, I took over the coordination of this platform (from my colleague Elli Bleeker) as part of my position as the UAntwerp’s Coordinator of DARIAH-VL (later CLARIAH-VL). 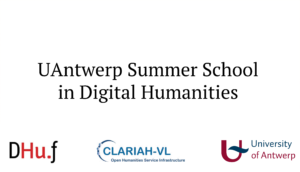 Since 2018, the main event organised by the platform{DH} is a summer school in Digital Humanities. It is an intensive one-week hands-on workshop, where participants learn a series of basic digital skills, requiring little to no previous knowledge. Central in its programme is a tutorial my colleague Joshua Schäuble and I developed (and continuously expanded) where students set up a LAN of Raspberry Pi minicomputers that becomes their gateway to a series of computer skills in that are in some way or other connected to the theory and practice of Digital Scholarly Editing. As a course, the summer school is officially embedded into our department’s curriculum, and allows its participants (from Europe and beyond) to earn 3 ECTS credits upon completion (or 6 ECTS if they successfully complete an additional assignment after the course’s end). We try to keep the summer school’s registration fees as low as possible (currently at 150 EUR for Early Birds) to encourage early career scholars to join. The summer school has room for approximately 30 participants – and invariably receives many applications beyond that number. 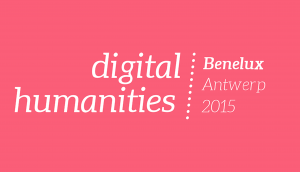 DH Benelux an annual conference that strives to further the dissemination of, and collaboration between Digital Humanities projects in Belgium, the Netherlands, and Luxembourg by hosting an annual conference in various institutions throughout these countries. The conference serves as a platform for the fast growing community of DH researchers to meet, present and discuss their latest research results and to demonstrate tools and projects. In 2015, when its second edition was hosted at the University of Antwerp, I was part of the conference’s Organizing and Program Committees. Starting from 2016 onwards, I also became a member of the conference’s Steering Committee. 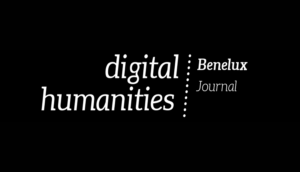 Journal of the DH Benelux

In 2018, the DH Benelux launched a Journal that publishes extended versions of papers that were presented at the society’s annual conference. Together with Marijn Koolen and Marieke van Erp (both working at the Humanities Cluster of the Royal Netherlands Academy of Arts and Sciences), I have taken up a role in the journal’s editorial board. The idea is that for each new issue, our editorial board will be strengthened by one or more guest editors – pooled from the relevant conference’s programme committee. Our first issue, which was based on presentations of the 2018 DH Benelux conference in Utrecht, appeared in 2019. A second issue, based on the 2019 conference in Liège, is currently under way and will be published in 2020. 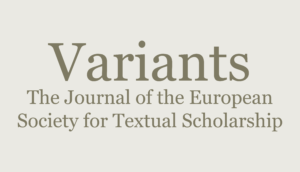 Since 2019, I have also become the General Editor of Variants, te Journal of the European Society for Textual Scholarship (ESTS), with Elli Bleeker taking up the role of Associate Editor, and Stefano Rosignoli that of Review Editor. How is this a DH project, you may ask? Well firstly, the development, application, and evaluation of digital tools and Digital Scholarly Editions have started to take up a prominent role in the field of Textual Scholarship in recent years – and this journal aims to be an important venue for that type of research. And secondly, the journal has moved to an Open Access in 2016, for which Elli and I have developed more efficient workflows and training materials concerning non-proprietary technologies such as LaTeX that we would like to share with the community. For more developments there, keep een eye on the VariantX website!

The Lexicon of Scholarly Editing (#LexiconSE on Twitter) is an open access academic resource that offers definitions for contested concepts in the fields of Scholarly Editing and Textual Criticism from a variety of languages. Rather than writing new definitions for these concepts, however, the Lexicon gathers definitions from academic journals, monographs, and the like, in order to reveal the lively multilingual debate these concepts have spurred in the field. Initiated by Dirk Van Hulle, I developed and maintained the Lexicon as part of my Ph.D. dissertation. The Lexicon currently counts over 800 definitions from over 100 sources, in 6 different languages, contributed by 9 official international collaborators and myself. The Lexicon is affiliated to the University of Antwerp‘s Centre for Manuscript Genetics, the European Society for Textual Scholarship, the FonteGaia Project, and was made possible through the funding we received from the European Research Council under the European Union’s Seventh Framework Programme (FP7/2007-2013) / ERC grant agreement n° 31360911. 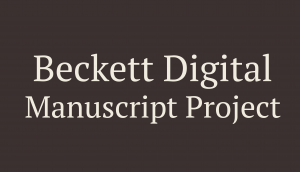 The Beckett Digital Manuscript Project (BDMP) combines genetic criticism with digital scholarly editing, applied to the study of Samuel Beckett’s manuscripts. It results in a hybrid genetic edition of Beckett’s works, that combines a digital archive of his works’ manuscripts with a series of monographs on their individual genesis. Co-directed by Dirk Van Hulle (University of Antwerp) and Mark Nixon (University of Reading), the BDMP is a collaboration between the Centre for Manuscript Genetics, the Beckett International Foundation and the Harry Ransom Humanities Research Center (University of Texas at Austin), with the kind permission of the Estate of Samuel Beckett. For both my MA thesis and my Ph.D. dissertation, I have helped to prepare modules for the BDMP, especially its L’Innommable / The Unnamable and Malone meurt / Malone Dies modules. 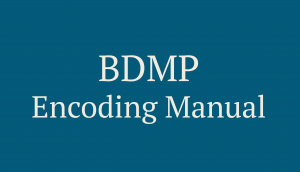 The BDMP Encoding Manual contains the BDMP’s official documentation, helping contributors to encode Samuel Beckett’s manuscripts in TEI-compliant XML. Although primarily targeted towards the project’s contributors, this documentation was recently made accessible to the larger public, inviting scholarly editors working on similar materials to take a look under the hood of the BDMP, and use our encoding schema for their own research. Starting from the BDMP’s MS Word format Encoding Manual, I initiated the process of turning the project’s encoding documentation into a freely accessible website, and developed its ODD (also available on the website).